The birth of the ENSTA ParistTech

In 1970, the Délégation Générale pour l’Armement merged four of its institutions, schools of Ecole Polytechnique:

On this basis was formed the École Nationale Supérieure de Techniques Avancées (ENSTA ParisTech), with a mission to train engineers in the naval, mechanical, nuclear, chemical, electronic, and related fields.

The scientific skills of each parent school fall into the wide range of disciplines practised at l’ENSTA ParisTech in research, as well as the general teaching and the variety of advanced courses offered to students.
L’ENSTA ParisTech : École Nationale Supérieure de Techniques Avancées has a privileged position in the French educational system.
It is part of the restricted group of engineering schools and business schools the most prestigious in France.
L’ENSTA Paristech is a public teaching and research, under Ministry of Defence supervision, located at .
It graduates each year roughly 150 engineers.
L’ENSTA ParisTech offers its students some general engineers courses having an objective to make them suitable for design, the implementation and the leading of complex industrial systems, under strong economic constraints and international environment.
To do this, the school provides a program of high-level scientific and technological training, which is very often refreshed according to developments of the latest advanced technologies, and which is added to teachings of languages, general culture, law and economics.
The Provided education relies on both teams of teachers-researchers of the ParisTech ENSTA and on the participation of many external teachers from economic and industrial fields who are well-informed of technical developments in some various areas.
As part of the missions of the school, research contributes dynamically, both fundamental and applied level, the pedagogical school project and meeting the companies needs. It is performed, half by school teachers-researchers, and the other half by researchers of the CNRS, INSERM and Ecole Polytechnique working on the premises of the ParisTech ENSTA.
The general course allows the ENSTA ParisTeh graduates to work in many sectors of activity such as automotive or naval, telecommunications networks, space propulsion, robotics, the oceanology or environment.
Sought by large companies, the majority of young ENSTA ParisTech engineers generally are first employed in research and development, engineering design, to evolve quickly to the positions of senior executives and project managers. 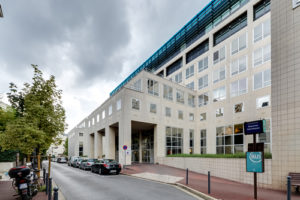